The Roon Nucleus features an i3 processor, 4Gb RAM and a 64Gb OS SSD. Housed in an elegant case, it runs Roon’s bespoke operating system. User have the capability to point it at a NAS, hook in a USB hard drive or install an SSD/HDD to its internals.

Roon is the Rolls Royce of streaming apps but please note that it is utterly dependant on the end user paying the subscription, either annually or on a lifetime basis.

The Roon Nucleus features an i3 processor, 4Gb RAM and a 64Gb OS SSD. Housed in an elegant case, it runs Roon’s bespoke operating system. Users have the capability to point it at a NAS, hook in a USB hard drive or install an SSD/HDD to its internals.

What Makes Roon Nucleus so special?

We’ve been asked this question about a million times since we announced Nucleus – our first hardware product – last year, so we’ve put together a comprehensive white paper that discusses the concept behind the product, the design decisions that were made during the development process, and the nitty-gritty of the hardware and software technologies we ended up using. This post is an overview of some of that information; if you want the whole story, go read the paper 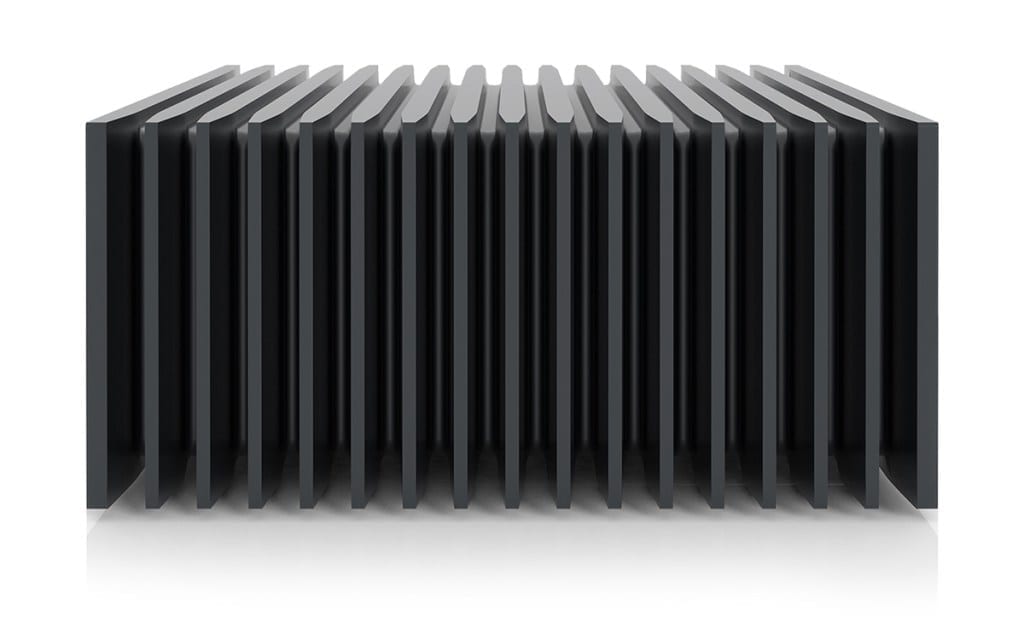 THE BEST WAY TO EXPERIENCE ROON

Roon software can be used on many platforms, including Mac, Windows, and Linux PCs, as well as NAS devices and a variety of media servers. Each of those platforms has its benefits and shortcomings, but none of them achieves a perfect balance between ease of use, raw performance, and audiophile design.

Based on feedback from audio dealers and custom integrators, we designed Nucleus to do just that… provide the best Roon experience in each of these areas.

Roon has enjoyed tremendous success among computer audiophiles and other tech-savvy enthusiasts, but our long-term goal is to reach everyone who loves music. To do that, we created Nucleus, a product which requires nearly no computer knowledge or networking skill. You literally take it home, plug it in, and control it with the Roon Remote app for iPad, iPhone, or Android device (and of course the Roon app for Mac/Windows). Because it’s running Roon, Nucleus finds the audio devices on your network and makes it easy to stream to them.

Unlike simple music player apps, Roon is designed to make use of modern computing power (and the more of it the better). So we’ve worked with Intel to develop Nucleus on their highest-performance NUC platform, which means that using Roon with Nucleus feels incredibly fast, and there’s horsepower to spare for handling large music libraries, multi-room streaming, and digital signal processing.

In the white paper you’ll learn what design decisions led to our choice of CPU, boot media, internal storage options, and more.

AN OPERATING SYSTEM BUILT FROM THE GROUND UP

Rather than use a desktop or server operating system like Windows, a Linux distribution, or a system-builder tool, we realized that a truly bespoke operating system is an area in which we can add real value. Roon OS an optimized Linux-based operating system developed by Roon Labs to provide the best reliability and performance for what Roon does – networking, storage, and fast database access – and nothing else. The white paper provides loads of detail about how we achieved this, and what’s unique about our over-the-air software/firmware update process.

We’ve seen our share of audio products with network capabilities, and often it’s clear that they were designed without network security in mind. Learn what’s unique about the way Roon OS powers Nucleus, protects itself from “enterprising hobbyists”, and ensures reliable and robust operation even in extraordinary network conditions.

Nucleus is for people who love music, so it has to stand up to the scrutiny of the toughest customers out there. Designing Nucleus without fans, spinning disks, or other moving parts – while maintaining the level of computing performance Roon requires – brought some interesting thermal and mechanical challenges. Learn why Nucleus is the best way to run Roon whether you have a top-spec listening room, a home theater, or a dedicated multi-room equipment rack.