Some emails just beg to be shared. Many thanks to JN for his review.

“The little beauties continue to enchant and delight. I thought I’d put together some thoughts which you are welcome to use on your website if you wish.”

I was just supposed to be popping-into Signals with a friend to get his LP12 fettled. Whilst there; Alastair happened to unbox a newly arrived pair of Falcon LS3/5A’s and set them up on the end of an integrated Naim Star with NAC A5 speaker cable. Sitting down with a cuppa and after a few minutes warm-up, I had the opportunity to listen to an album I know well – Nitin Sawhney’’s ‘Beyond Skin’. It’s multi-textured sound is a good test for any sound system.

The first thing to strike me was the surprising solidity and bass weight from such small boxes. Second; the seamless integration of the drive units and a soundstage which made the music appear to hang in space. This was happening on Solid Steel SS6 tripod stands which seem to suit the little loudspeakers perfectly. I was enchanted and beguiled; evoking happy memories from days of yore with Linn Kans.

Fast forward a couple of weeks and Andy arrived at my place with a new pair, which were hooked up to my CD5si and Nait XS2 with NAC A5 speaker cable. Results were instantly similarly pleasing at home.

Unlike the venerable Linn Kan of old, the resurrected BBC mini-monitor likes a bit of space. After some experimentation with positioning, I have my pair 18” off the rear and side walls in a smallish room. Bass weight is nothing short of miraculous, with the loudspeakers sounding like they are producing frequencies way below the spec-quoted 70Hz, delivering deliciously clean and tuneful bass-lines. They are fast. The boogie-factor is there in spades and they’ll go loud without apparent distress.

The jewel in the crown though is their sublimely transparent mid-band and 3D soundstage. Short of trouser-flapping bass; to these ears they lack nothing.faHerb Reichert, reviewing the loudspeakers in Stereophile magazine stated:-“To my ears, the bigger and heavier a speaker cabinet, the more peculiar it sounds. In contrast, petite boxes, like that of Falcon Acoustics’ new re-creation of the British Broadcasting Corporation’s classic LS3/5a, have a way of sounding closer to solitary drivers hanging in thin air—ie, more open and invisible—than ultradamped, 250-lb, tower-monolith speakers, which, on a gray and humid day, can sound an awful lot like moaning, wheezing piles of wood.”

Making allowances for hyperbole; I have to say that I know where he’s coming from because the little boxes do have a remarkable ability to disappear.This little loudspeaker was obviously fundamentally right when it was conceived forty five years ago to satisfy discerning BBC sound engineers. Hats off to Falcon for putting a lot of work into making the 15 ohm BBC-sanctioned original design live again. 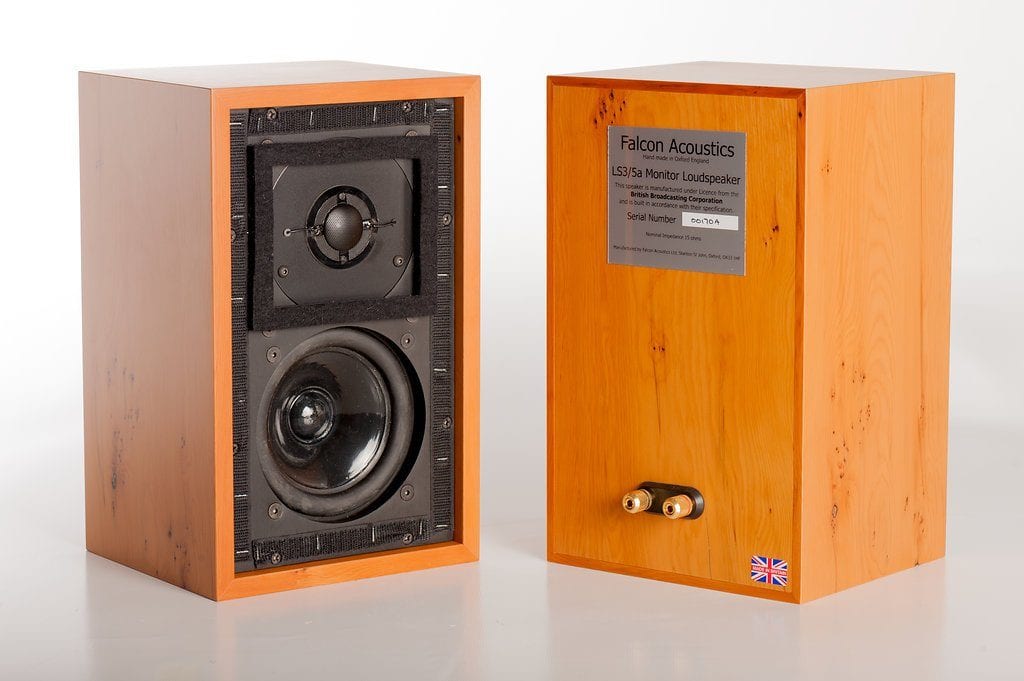 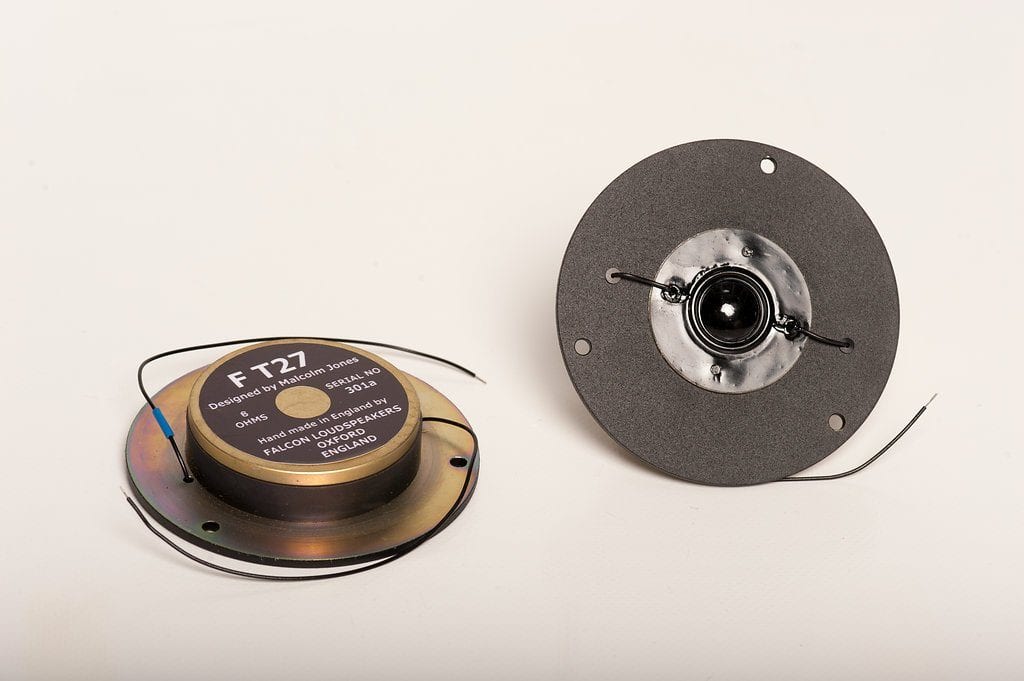 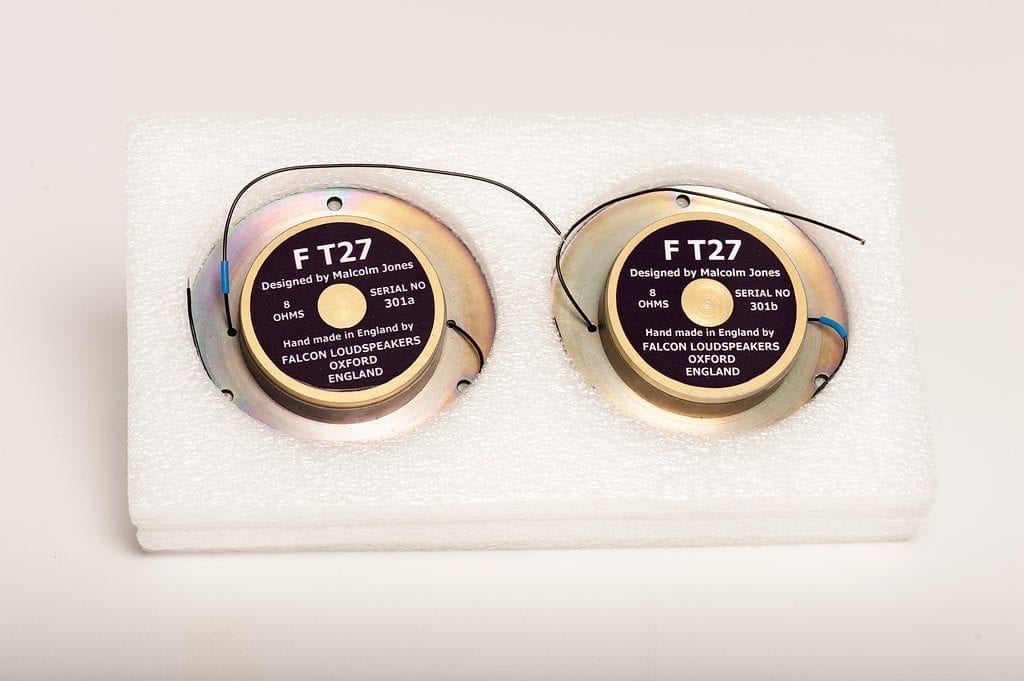