Back when Tom Fletcher, the man who started Nottingham Analogue, was around, you could only open an account to sell the products after an interview with the great man. No sales targets, no discussion of stock profile but a real sense that you were being ‘sussed out’.

There was a lot to the conversation too. His anecdotes and similes were not only amusing but had a seam of good sense running through them. He was not into the traditional hi-fi descriptions, he and his staff “flushed their ears” regularly with doses of live un-amplified music.

Our interest in actually talking to Nottingham Analogue came about well over a decade ago when a customer brought along a Spacedeck so that he could audition some cartridges. It rather took our breath away with its abilities.

Our Nottingham Spacedeck purchase led swiftly to the Hyperspace and then Dais and we have never looked back. Mind you, the decks are a bit weird: All are started by giving the platter a firm push. To stop, stop it with your hand.

Nottingham Analogue decks have almost no suspension. Just a series of slightly decoupled layers. Despite (or more likely, because of) this they are remarkably immune to vibrational feedback. The noise floor is incredibly low too.

All models can be upgraded with the Wave Mechanic power supply which gives electronic speed control and reduces the motors minuscule effect on the proceedings to an even lower level.

Despite Tom’s passing, the company he founded remains in good fettle and there remains an ethos of onward development, albeit at a gentler pace.

As well as turntables, NA make tonearms. There are three models, the Interspace, which is a 10″ arm, Ace Space Arm and Ace Anna which are offered in 10″ or 12″ length.

The top one, Anna, is especially good. Here follows our reaction in getting our demonstration sample a few years ago:

As with many of our ‘discoveries’, this one started with a customer enquiry. A very nice man wanted to use a 12″ arm on his Nottingham Hyperspace and wondered if the new Nottingham Analogue Ace Anna was worth the £1030 price differential over the ‘cooking’ (but very good) Ace Space arm.

It might be called Anna, but this is not the sort of product to get the blood rushing. For a start it looks near as dammit the same as the far cheaper Ace Space Arm.

As with all Nottingham products, the quality is there all right, but not in the super-slick Japanese camera way of, say, an SME or an Aro. Even the packaging is prosaic. It involves a rubber band, some bubble-wrap and a box.

As with the Ace Space, the Anna is a Unipivot design and again, as with its siblings, it does not handle like one either. In fact it is utterly conventional with none of the wobbling histrionics that you might get from this type of bearing. Since our decks are set up for the shorter 9 or 10″ arms, we demonstrated the Ace Anna in the shorter 10″ version. This way we could compare on a fair and level basis. To avoid the increased abilities of the Dais skewing the results, we used an Ace Space deck, slightly further down the food chain from the customer’s own Hyperspace.

And the difference between the arms was . . . ? Utterly mind blowing. Hyperbole might be my middle name but nothing, NOTHING we have had here has surely ever sounded this good. The life, the sheer colour and exuberance is magnetic. That it comes with absolute purity, neutrality, refinement and a complete lack of crash, clutter and confusion however complex the material is a revelation.

The result is that music is extremely captivating. ‘Filler’ tracks become interesting. Good ones become great. It really is hard to believe that something so physically similar can sound so unequivocally better. If you can be bothered to analyse the sound, it times, it resolves, revealing textures and subtle inflections from deep bass through to high frequency percussion. It gives life and commitment to instruments and voices. It images on a grand deep and wide scale producing the sort of soundscape that immerses you. The 12″ version may well be better still but for now, I personally could not care less! What we have is already magic. It simply needs to be enjoyed.

The new Ace Anna generates a couple of interesting quandaries too. First of all, it makes so much of the £1160 Ace Space deck that the £4k Dais seems almost an anti-climax. I should say that the Dais remains as better as it always has, it’s just that the ‘bar’ is so much higher to start with. This means that someone contemplating upgrading the deck may well decide to tackle the arm first.

The other shock is that it seems to get an inordinately good result from the relatively affordable Lyra Argo i. Yes, the Skala is the better cartridge but the performance from the Argo really is lifted to a point where you really could question the need to go any further. But hey, play the Skala for a while and you get the point of it!

If this implies that the arm is in some way holding the ‘better’ cartridges back, then I have failed to get across just how good the performance is. To these ears, it’s downright amazing. If you already have a Space or Ace Space arm and you still have spending money, you ought to give it a listen.

And the very nice man? He went for the 12″ Anna, of course. Of the (only two) other customers to have heard the Anna so far, one has been set off into a state of mild neurosis and the other simply bought one. When you consider the this second individual was not even looking for a new arm when he visited, the fact that Anna sold herself so quickly says quite a lot. No, wait, she’s not like that at all. 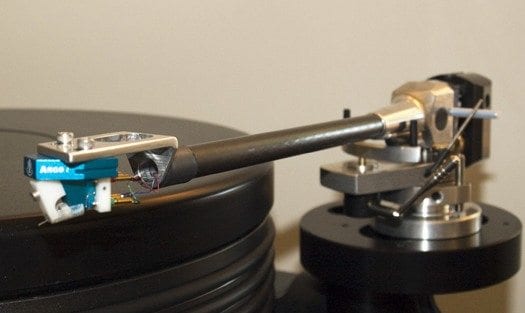 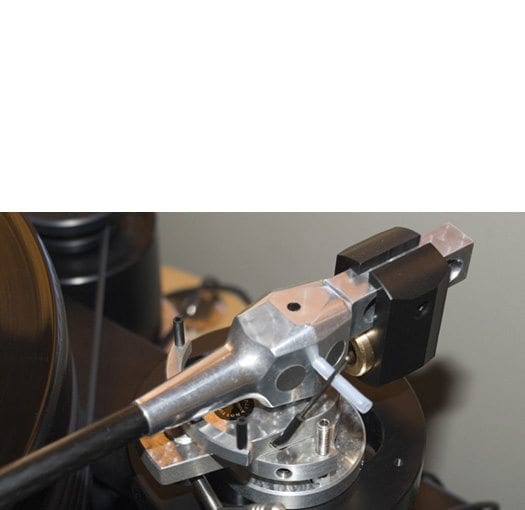