Established in 1973, the very same year as Linn and Naim,and still in the hands of one of the originators, Roy Gandy, Rega is based in Southend, Essex. It is one of the largest employers in the UK audio industry.

Rega understand the joined-up nature of audio systems by building exactly that : systems. They actually go even further by manufacturing every part of the chain. From cartridge to loudspeaker, and all the bits in-between. The fact that they make their phono cartridges in Essex (nope, not out-sourced to China) amazes us. Even with the loudspeakers, only the tweeters and cabinets are bought-in (and the veneered cabinets are manufactured in the UK).

The Rega turntables have been the mainstay of sensible analogue for so long that it is easy to forget that they are actually rather good too. Rega make the tone-arms that everyone else uses, so this part is really familiar.

Mind you, there is constant progress, with changes in all areas, including cable. The tweaking industry might have to re-group! The amplifiers all have high quality phono stages within them, so there is always the opportunity for a neat, affordable record-playing system.

It’s the age of the turntable and, for Rega, this is a very fine state of affairs.

Revising the classic ‘Planar’ names, their three entry-level turntables are all revised (positively) for 2016. Peering out below is the Planar 3. Sure enough, it’s the most expensive of the set. Are our delusions of poshness showing?  Possibly not. The RP6, 8 and 10 all come above it, so these are all very affordable products in the scheme of things.

As it happens, all three are usually kept in stock and all are on demonstration. It’s a great time to be playing records, make the most of it!

Beyond turntables, cartridges and phono stages, Rega also produce a cracking range of four integrated amplifiers, three CD players, two of which can function as DACs, a stand-alone DAC and an excellent range of loudspeakers.

The new RX series was one of 2015’s arrivals. The range encompasses the stand-mount RX1, compact floor-stander RX3 and the largest, a medium sized floor-stander, the RX5.

All are more expensive than the models they replace but, in compensation, the quality, both in terms of cabinetry and content, has risen substantially. Where before the real wood was finished to an acceptable level in the light of the asking price, this new series simply comes across as a range of very high quality, elegantly designed products.

The revised Rega bass / mid driver now has a doped paper cone but it continues to be made by their own fair hands in Southend. The upshot is a more refined, altogether more ‘grown-up’ sound.

Most ranges have a sweet spot and, for us, this is probably the RS 3. In reality, though, the actual best choice will be the one that suits your room, your equipment and your ears best. We always recommend that speaker purchases are finalised with a home trial and our demonstration stock is here to facilitate this. 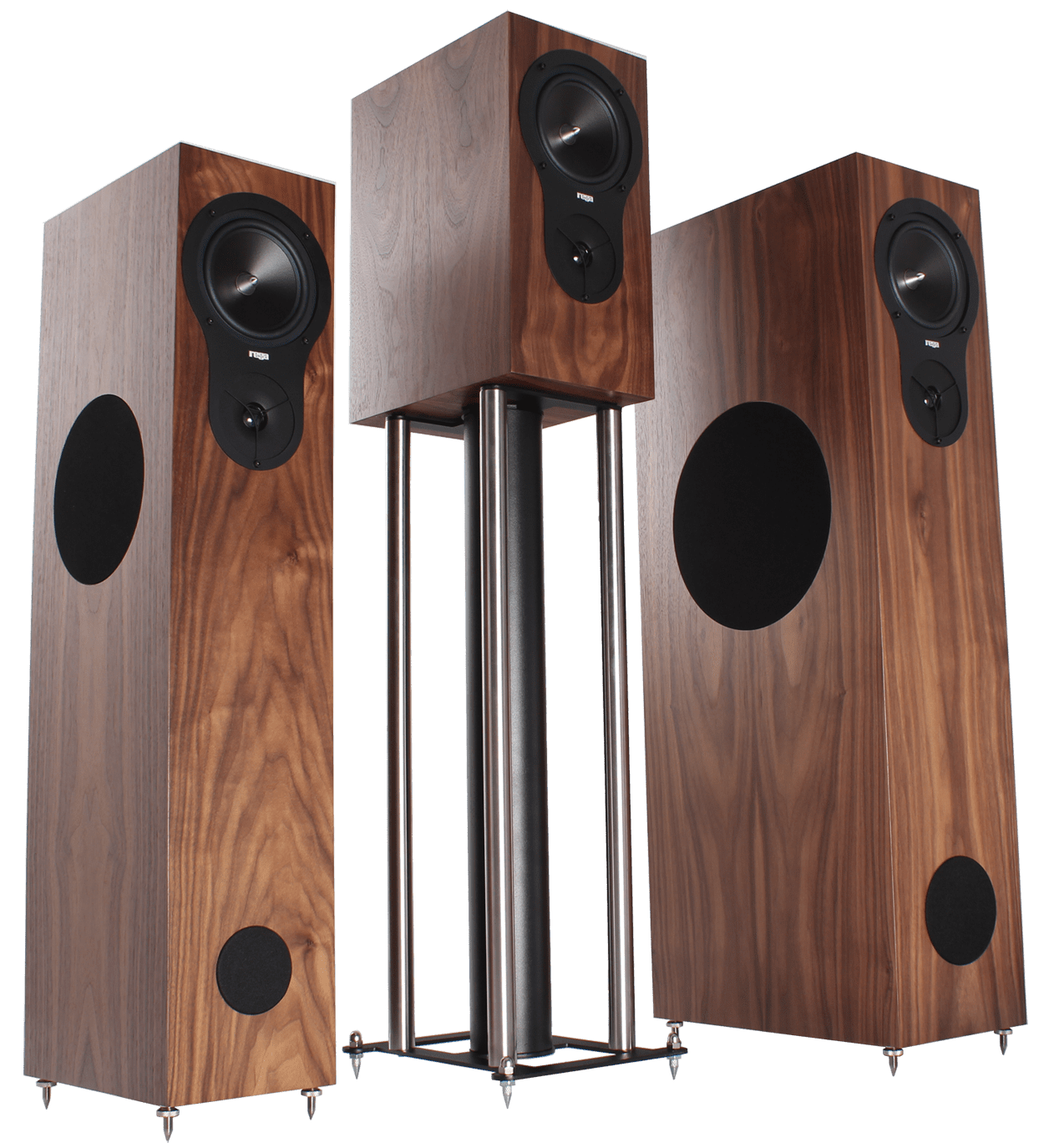 Whilst Rega is generally considered to be a high value mid-priced brand, they do make some fairly esoteric equipment. The fabled cost-no-object Naiad turntable is now available for something in the region of £20,000. It remains, however, determinedly absent from the official price list.

Well and truly in production, are the Isis CD player and Osiris amplifier. Both are single box units and the CD player has a USB digital input that is compatible with the excellent Melco music Audio servers. Audio quality is certainly ‘up there’ but, with the softening of interest in CD replay, it is not on our current demonstration portfolio.

The Osiris is Rega’s only line-level amplifier. All the others in the range have in-built phono stages. The thinking here is that anyone buying at this level will want a more specialist stage, such as their Aria or the matching Ios Reference.

Here’s what we thought of the Isis / Osiris when we first got it in. At the time, the appeal seemed rather limited, I wonder if its moment has now come?

This high end ‘statement’ CD player now joined by the similarly priced Osiris integrated amplifier. The build quality, the packaging, even the back-up is truly high end. Each Isis will have two spare laser assemblies held in stock at the factory so that the ‘lifetime’ warranty really does mean something.

We were sufficiently impressed by the audio quality of the Isis to order one for demonstration but took the view that it would take some time to fully understand its qualities. Certainly, its resolution of detail, of tonal ‘colour’ of instruments and the sheer scale are spectacular.

If a ‘but’ seems implicit in this, then you’ve read between the lines rather well. Whenever something comes along that sounds this impressively different, I tend to start looking for the catch. In this case other factors got in the way. The Isis arrived at the very time our ‘reference’ Naim NAC552 pre-amp was off of the premises, we also had a plasterer ripping down, deadening and replacing part of the ceiling in the main dem room. Finally, just as he finished, I went off on holiday.

I am now back, the room is reassembled, the full system is up and running and I think we have a ‘handle’ on the Isis’ character. Certainly, the way in which it departs from our familiar reference point is becoming evident.

Let’s get the first part clear : using the Naim CD555 and CDX2-2 as references, the Isis stands its ground ridiculously well. It might cost six grand, but it offers proper value for money.

Better than the Naim players? Well certainly in parts. Where the Rega excels is in presenting a vivid, gutsy, colourful and extremely involving take on events. Strings have weight and texture, bass is fulsome and weighty yet extremely agile and clean. The order of priorities is bewilderingly different, though.

On some recordings the Naim might bring voice to the fore whereas the Rega makes more of the instrumentation whilst on another the oposite applies. Overall, the Rega is the more overtly dynamic and colourful player with the Naim units (amazingly) sounding more reserved. Whilst the Rega revels in individual musical twists and turns and makes you feel part of the action, the Naim style is to give you a clearer picture of the overall structure of a piece. It’s minutia versus overview, if you can follow my drift. “The Naim 555 is very aristocratic” said one very quotable listener, “whereas the Rega grabs you and takes on on a journey”.

It was this edge-of-the-seat ‘full-on’ aspect of the Rega that gave us cause for concern. Could it all become a bit too much in the long run?

The more we play, the less we worry. The wonderful rich tonality brings out the warmth and sonic ‘hook’ that (good) instruments have. They sound lovely before you even consider the tune. On top of that, there is a remarkable lack of digital sizzle. Cymbal crashes, in fact all percussion, even on some difficult recordings, have a very natural character. Operatic voices ‘flower’ rather than buzz, and everyone seems to be playing and singing with verve and enthusiasm. Even the ‘hi-fi’ aspects of image depth, width, scale and resolution are done with aplomb.

Just to keep us utterly bamboozled, Rega have also released a valve version of the Isis. Offering three different filter options (there is a slider switch on the rear) this is more a case of something different rather than simply ‘better’. The price is £1000 higher too.

These could well be the last great single box CD players. With their USB inputs, they can offer a stepping stone for a high resolution (or even low res) computer-audio future.

Osiris is is the partner amplifier and it’s pictured below. As I’m sure we all know, :), Osiris was Isis’ husband in Egyptian Mythology. Their son was called Horus, so we have a potential dubious product name alert too. Having spent a happy afternoon playing the pairing, we can confirm that it is worthy of the hype. Priced at the same level as the Isis, there is a substantial £1000 discount if you buy the pair – even if this is done separately. It comes with a chunky alloy system handset and involves another wooden box. As with the Isis, it weighs around 3000 tonnes. Actually, it’s a little heavier, more like 4000.

It only comes as a line level amplifier and it has both RCA and balanced inputs, matching the CD player.

After an extended delay (problems with the casework, apparently) we finally received our demonstration sample. Out of the box, the Osiris sounded strong and weighty, quite similar to the sound I recall Paul Darwin’s (the Rega sales manager) having back in the mists of time. It could be me, but after this promising start it seemed to go well off the pace. Bewilderingly, after a three day run-in it is now sounding rather special. Whilst it has weight and guts, the Osiris simply makes this clout available as the music requires. Hash (and crash) free, it is very subtle and transparent with not a veil in sight.

It is also immensely musical and, rather unsurprisingly, has a character that matches the Isis perfectly. It probably sounds odd to use the word to describe it, but this combo’s major strength is that it makes music sound interesting. 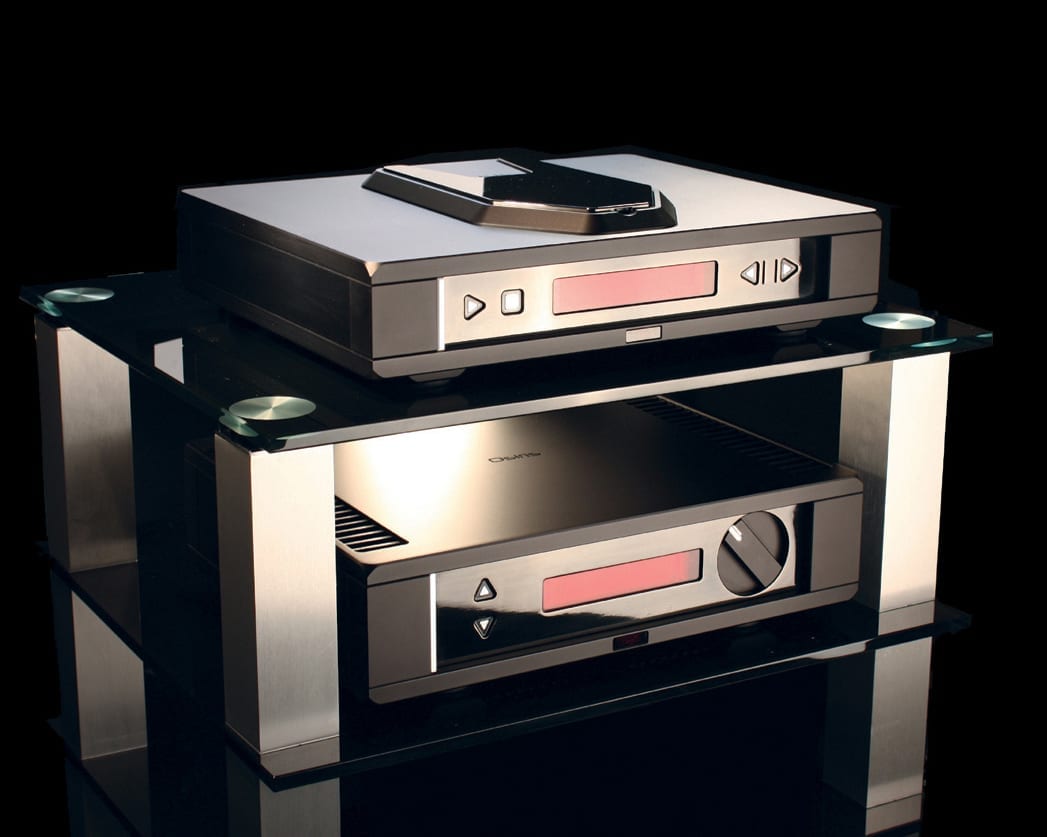