A fantastic, light and airy air-conditioned venue, excellent attentive staff, a seemingly endless supply of teas, coffees and very nice cakes. . . it was looking pretty good even before we added rooms of enticing audio systems playing great music for the visitors to enjoy.

Signals turned twenty and I think we managed to do it in some style.

This was our opportunity to arrange the ultimate “pop-up shop” to make ourselves visible to the wider world and to give something back to our loyal customers, some of whom we’ve known for almost the lifetime of the company. We wanted to give a reasonable flavour of the products we carry. A sort of ‘state of signals’, if you like.

For those who failed to make it, a quick tour:

A large bar / lounge area with comfy leather chairs and sofas, free cakes and beverages and more choices from the bar. Three Naim uniti systems set up to show the new party mode facility, masses of accessories, headphones and various headphone amplifiers to try and even buy. Records for sale from Stamford Audio too and an opportunity to learn more about Chord cables, including Sarum Tuned Aray that was in a variety of locations around the venue.

Then we had the demonstration rooms, all large but, as it turned out, well behaved. Rega were showing the new RP8 turntable, Aria phono stage, Isis and Osiris CD player / amplifier combo, connected to the RP10 speakers. Very good it was too. The new Elicit-R amplifier was being fed by the forthcoming and promising Saturn DAC-with-a CD-player and driving RS7 speakers.

PMC really went to town on the room dressing – and room tuning, come to that. Astonishing scale, weight and spirit issued forth from a tiny pair of Twenty 21 speakers driven by a Rega Apollo-R CD and Elicit-R amplifier. Totally unexpected in the 10m x 10m room. This system alternated with a Naim fronted system (CD555 / NAC252 / NAP300) driving the new Fact 12 loudspeakers. Definitely one of the hits of the show. Lucid, extended, dynamic, musical. Excellent. But the small system was more amazing!

Naim brought the big guns. Ovator 800 speakers driven actively by an NDS / 552 / 3 x NAP500 system. As is often the case, this massive and expensive system polarised opinion. If you read the forums, you will know that many found a great deal to criticise. Many also told us it was the star of the show.  They also had the three new Nait amplifiers which were demonstrated in sequence into the Ovator 400 loudspeakers.

Next door, we had Magneplanars driven by Chord DSX1000 streamer and SPM1200/II amplifier. The large (but they looked small in there) 3.7s were used most of the time but the small and inexpensive MG12s also impressed.

Next? Audioplan loudspeakers driven by Trilogy electronics fronted by a Nottingham Dais turntable (Ace Anna and Lyra Delos) via the Trilogy phono stage of which we are so fond, a Symphonic Line CD player and Chord DSX1000. The cabling was mainly Chord Sarum TA and the Kontrast loudspeakers sounded superb in this context.

Last, or first if you ran anticlockwise, was the Kudos room. The sublime Titans fed by Naim electronics (NDS/552/500) Linn LP12 with Radikal & Urika, the works, in fact, excepting that the cartridge was a Lyra Kleos since we still await our Linn Kandid. Cabling was Chord Sarum TA throughout. As a more modest alternative, there was also a SuperUniti driving a variety of the smaller Kudos speakers to staggering effect.

It was telling that most, in fact I believe all, of the six rooms were regularly cited to us as being ‘the star of the show’. Perceptions are so different. The intention was to celebrate twenty years by showing people, existing customers and new, what signals is about and I think we achieved this. For me, visting our various rooms, gave a terrific sense of how many ‘right’ answers there are to audio replay.

Huge thanks (in clockwise order) to Nick from Henley, Paul and Rob from Rega, Tom and Keith from PMC, Mark, Steve, Paddy and Will from Naim, Chris from Magneplanar / MusicWorks, Colin from PMC, Ion & Susan from Ikon, Nic from Trilogy / Isol8, Nigel from Symmetry, Doug from the Chord Co, Derek and Dave from Kudos Audio and Chris from Stamford Audio.

On top of that, thanks to my esteemed co-director Andy, my tolerant family and all the kind friends who were drafted in to this mammoth project. We are a small company but sure as hell didn’t look it for our two days of glory!

Without fantastic well-supported products to sell, we’d be lost. As anyone who came can testify, we have these in spades.

Thanks again, all, for our two decades.  It’s been a blast.

Our regular weakness is in not remembering to take pictures when we are busy but we have amassed some shots  that can be viewed here. The on-line magazine ‘The Ear” also did a mini feature here.

Finally, we had a free raffle. Everyone who pre-booked via the web site and came along was given a ticket. There were three prizes.

When we realised that we only had 38 signals mugs left to give away to around 140 guests, we decided to sell them with all proceeds going to Headway Ipswich a charity organisation that works with people suffering from brain injury. This raised a creditable if baffling (they were £5 each)  £149.22. The odd number is explained when you realise that we still have quite a few mugs left.

Stop press. I should add that, post show, a few more mugs were sold, we added a little top-up and Headway came out £300 the richer. 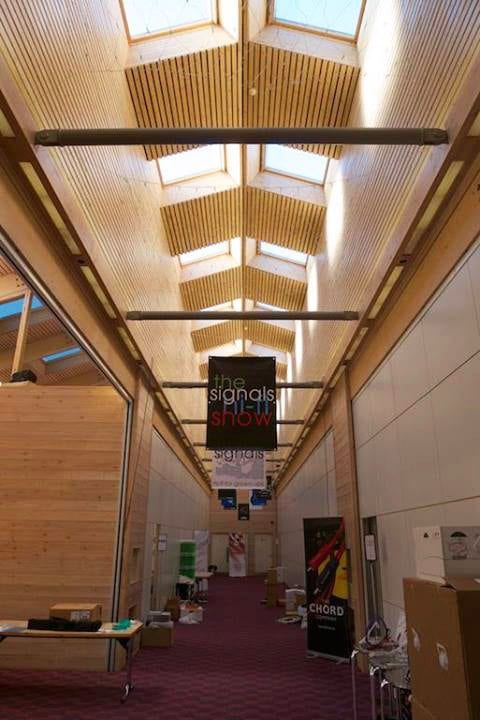 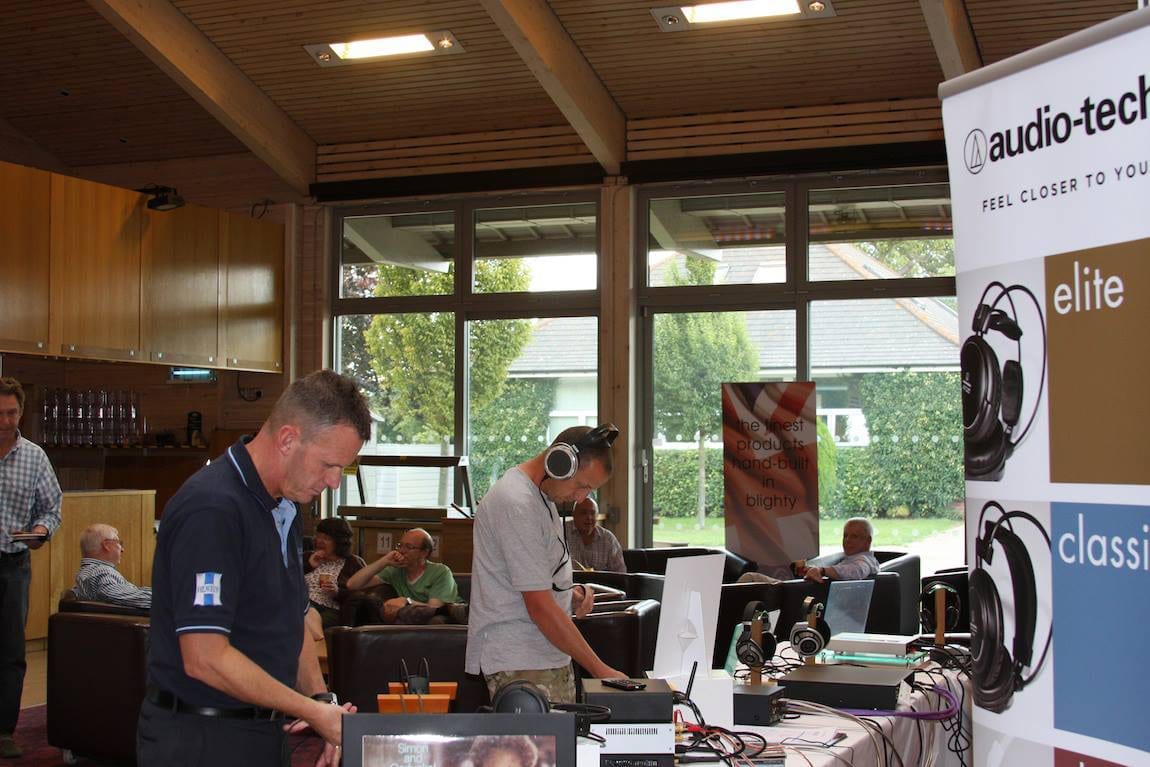 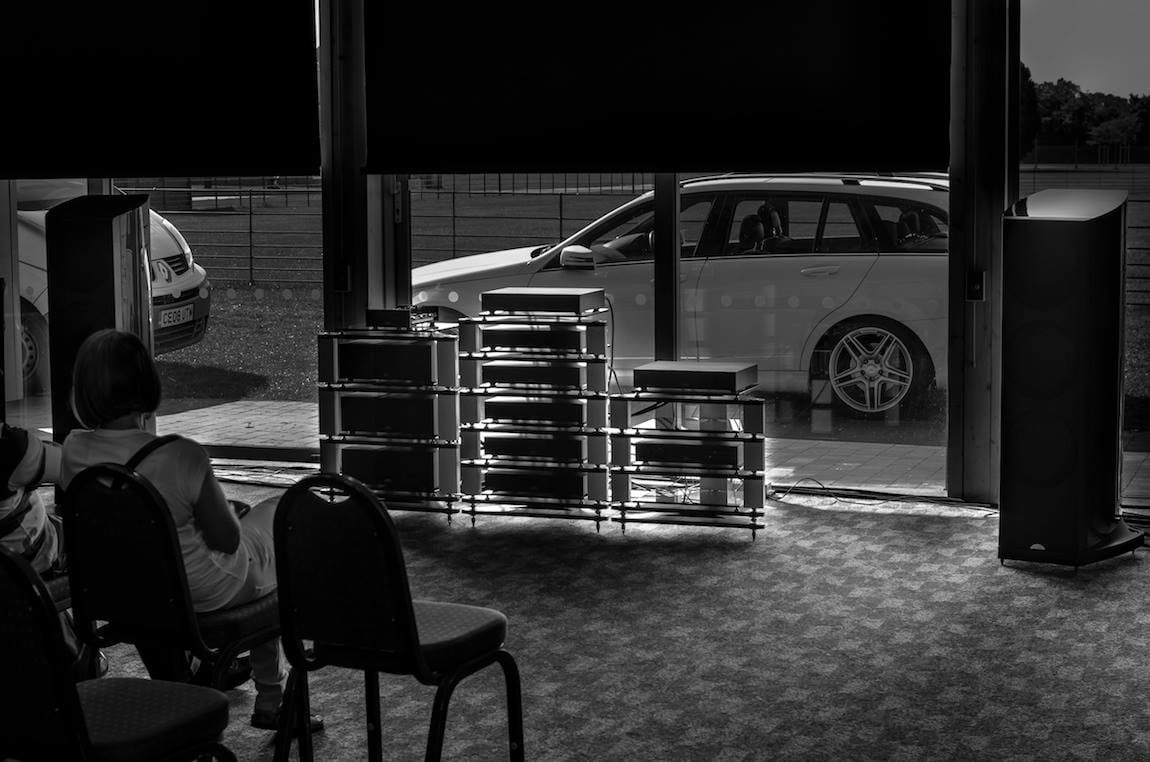 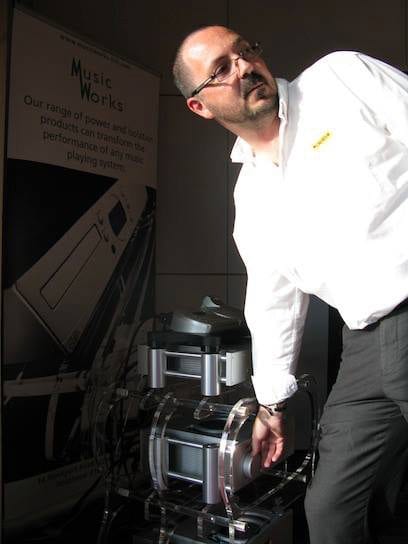 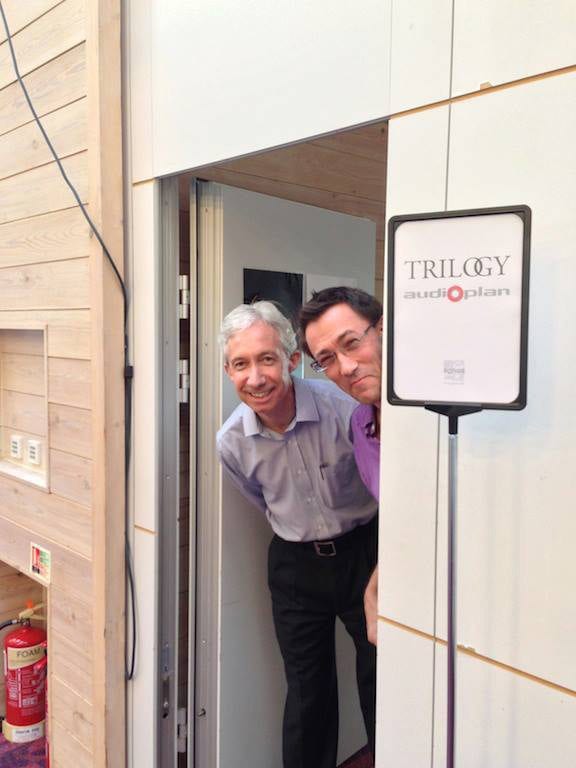 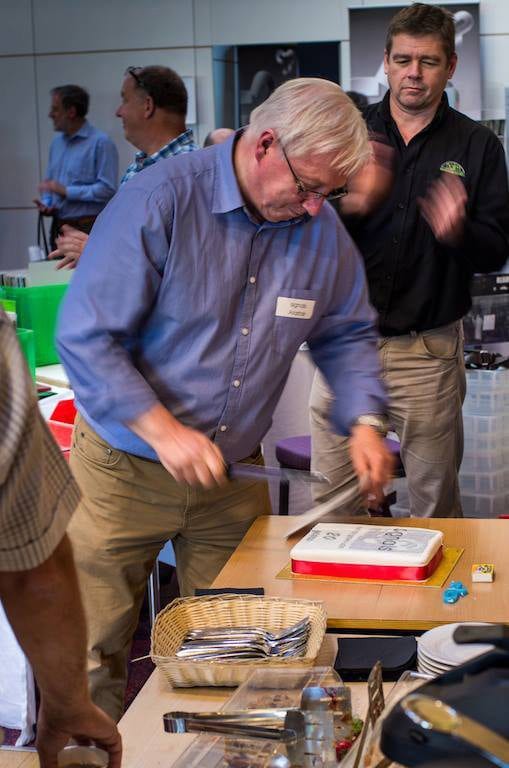 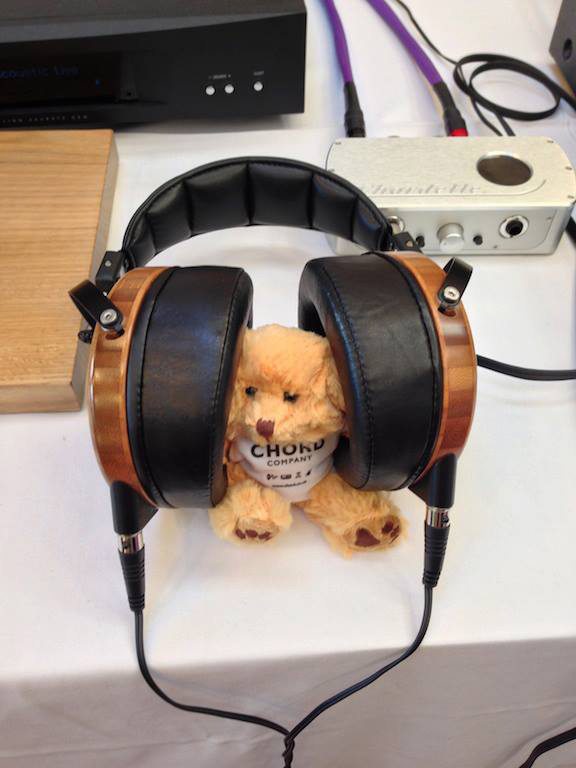 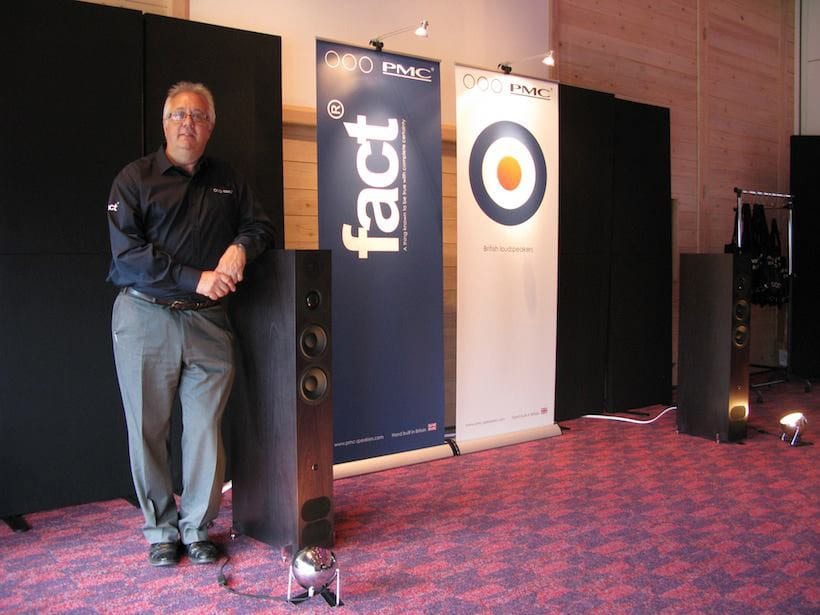 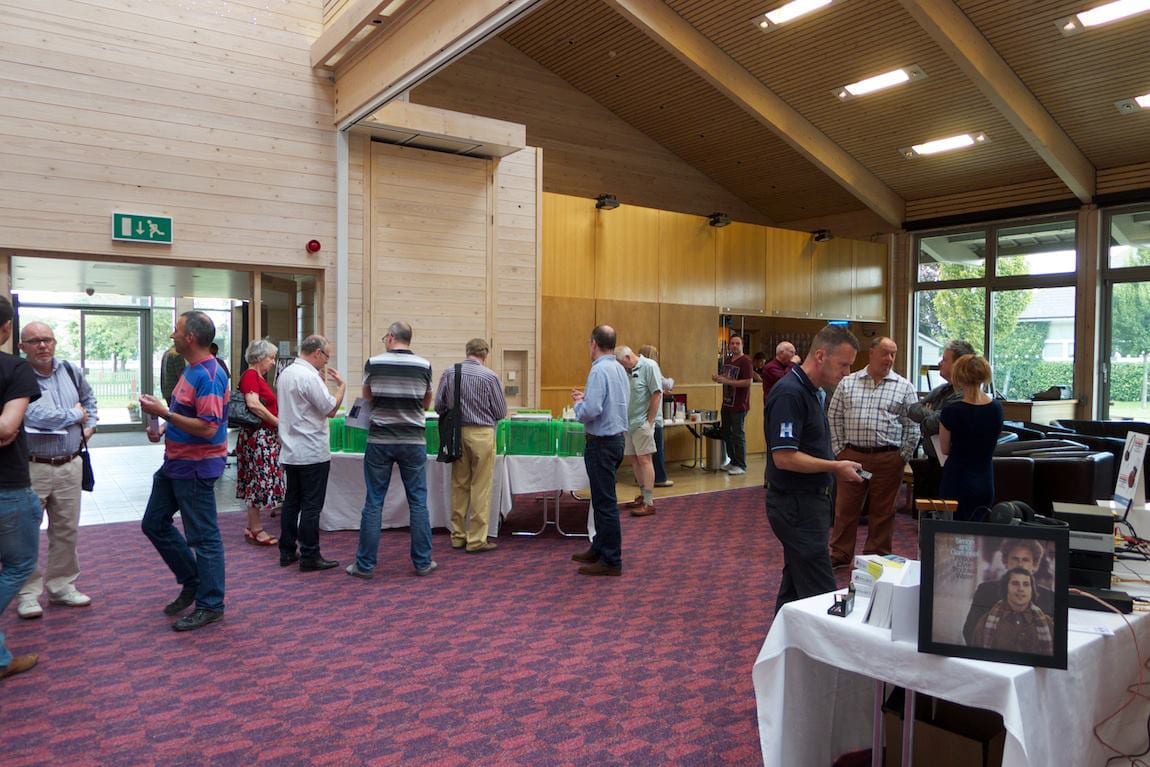