Sometimes we need a kick. Actually, maybe more than sometimes. We’ve had Naim Statement pre and power amplifiers on hand for demonstration for around three years, they were bought with our new gaff in mind and, somehow, owning them became an end in itself.

Sure enough, we play them to folks. We do this quite a lot, in fact. But it’s a little while since we did a comparative dem of the S1 pre versus NAC552 preamp into the NAP 500DR.

Our Naim sales manager, Mike Heath, has enthusiasm in spades and, recalling our disappointment that Steve Sells, Naim’s Electronic Design Director, was unable to make it to Audio Show East last year, he suggested a neat way to square things up.

The idea was a ‘black ticket’ invitation to customers who we felt would appreciate hearing the comparison, be interested to learn more of the development story and get to meet the man who designed products that so many love. 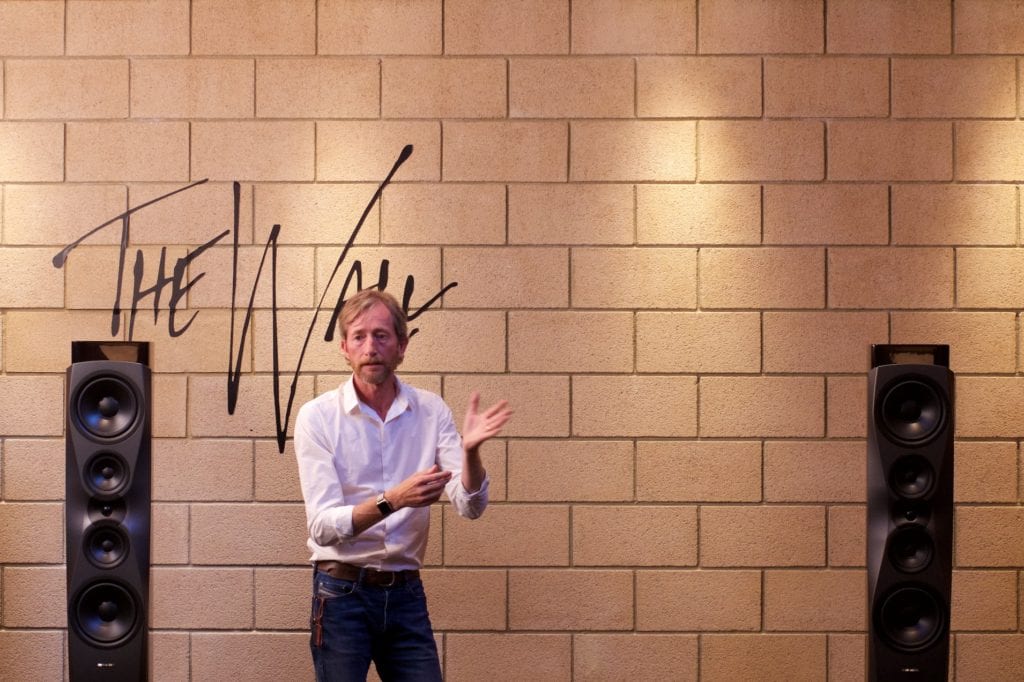 The upshot was a bijou affair on what turned out to be a warm evening (indoors anyway). We had a capacity crowd (it doesn’t take much) and, my goodness, it was interesting!

To make matters fair for the NAP500 that was used for much of the playing, we used some new (but still fine sounding) Dynaudio Confidence 60 loudspeakers. Naim’s Jason Gould did the primary demonstration and Steve stepped in at various points to explain more.

These guys make a great team and I have to say that Steves’ natural ease, enthusiasm, and deep understanding of his subject has turned him into a great communicator. Jason was his usual charming and painstaking self and knows exactly how to present differences in a digestible form.  Is this patronising enough from a guy who simply splutters hellos and goes to make the drinks? 🙂

The rapt attention and involvement from our interested and committed customers rather helped too. We got the impression that all enjoyed the experience, if not the heat. Feedback was certainly very positive.

Thanks to all who came along, to Mike for making it happen and to Steve and Jason for giving us a little bit of magic.

We are now organising more events in the coming weeks. Watch this space.