Well, it’s due in the Autumn, anyway. The Chord Hugo M Scaler is probably one of the worst kept secrets in audio. Now, we can at least talk about it.

This is part of the Hugo range but contains similar tech to what is already available in the Blu II CD transport-cum-scaler. And we certainly think the effect of Blu IIs scaling is remarkable. We simply don’t know yet if the two scalers will sound identical, although this looks probable.

Yes, we are ordering some and, yes, Hugo M Scaler comes in black too 🙂

What follows is pure cut and paste from Chord’s press release. 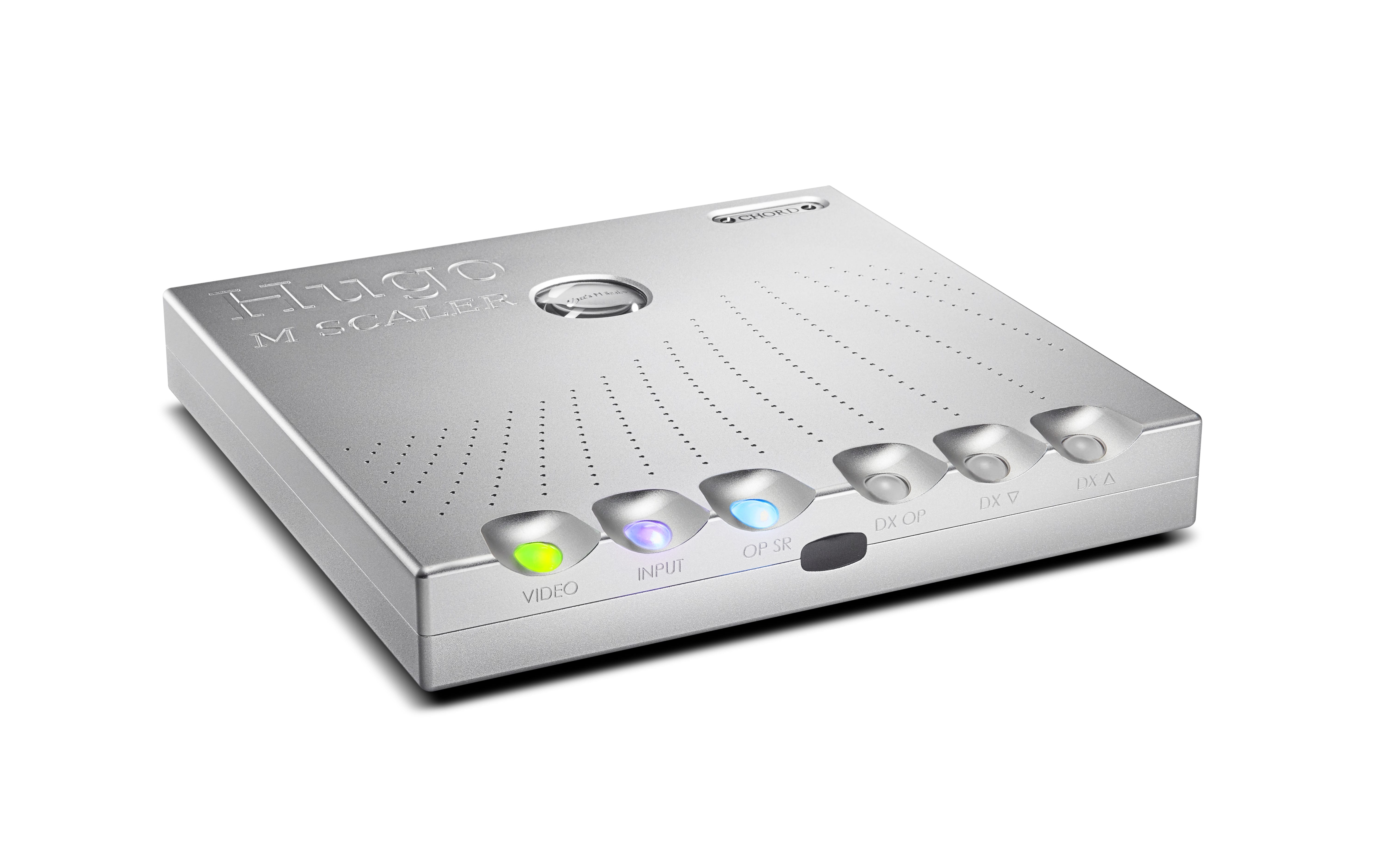 Although optimised for use with selected Chord Electronics DACs (for the maximum 768kHz upscaling/decoding benefit), the new Hugo M Scaler can be used with other DACs with suitable inputs, subject to their decoding capability. Hugo M Scaler’s advanced upscaling technology can improve the sound quality of all (digital-source) set-ups, whether headphone or desktop-based or within conventional hi-fi systems. 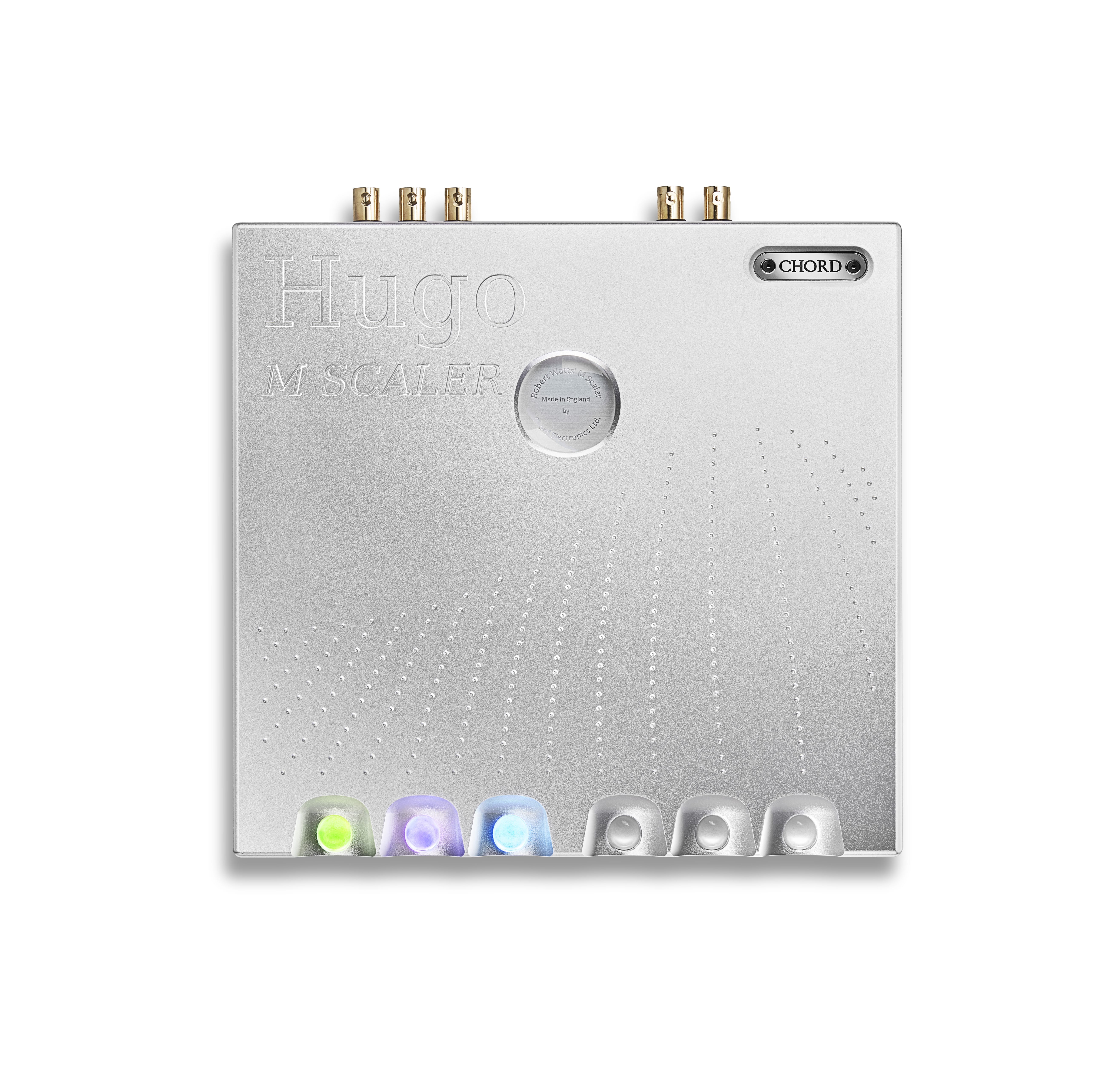 The Hugo M Scaler’s compact form factor aligns with the TT (Table Top) series and has been designed to be stackable with other units in the range, including the TToby stereo power amp and the aforementioned Hugo TT 2, to form a highly advanced yet space-saving system.

In line with other models in the Hugo and Hugo TT series, the device features a number of illuminable fascia-mounted spherical controls, governing input selection, output sample rate and video mode for lower latency. As with previous Chord Electronics digital devices, the control spheres display data visually including input source and the incoming sample rate, using a polychromatic scale. The Hugo M Scaler also features front-panel ‘DX’ controls which have been included for use with future products.

The upscaler benefits from an adjustable sample rate output (with pass-thru mode) enabling user-defined control, subject to the technical limitations of the output type: 192kHz optical; 384kHz BNC and 768kHz dual BNC), plus a video mode for lower latency, bringing useful flexibility with a wide range of partnering components. Further extending its functionality is auto video and source selection.

Featuring technology previously exclusive to the BLU MKII upscaling digital/CD transport (£7,995), the extraordinary upscaling ability of the Hugo M Scaler brings the benefits of Rob Watts’ proprietary FPGA-based tech to a much wider audience, given its £3,495 price point.

When partnered with either of Chord Electronics’ 768kHz-capable dual-BNC-input DACs, the Hugo M Scaler sets an astonishing technical benchmark for digital audio performance at it price point, redefining sound quality from digital audio. 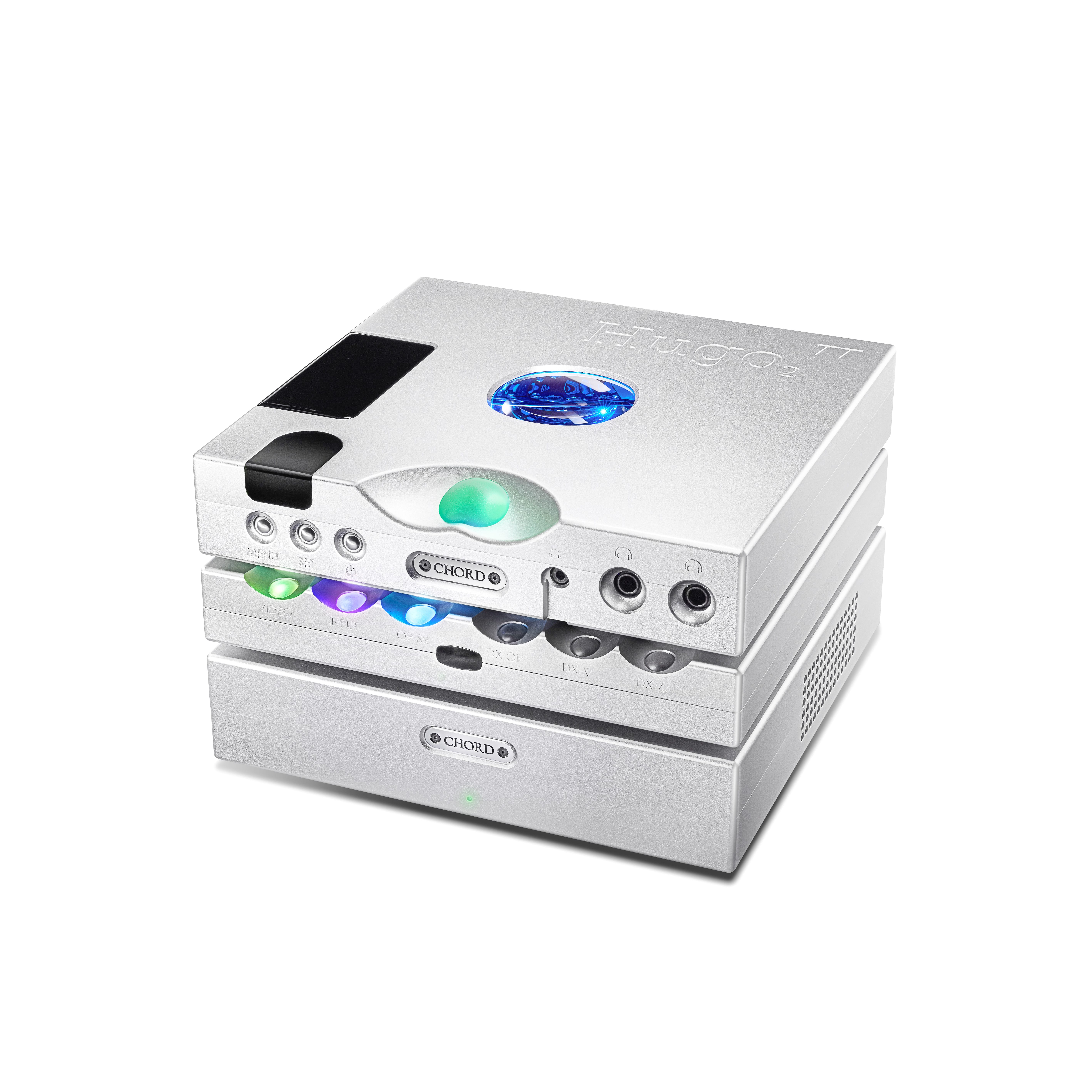 The Hugo M Scaler is based around the powerful new Xilinx XC7A200T FPGA, which benefits from 740 DSP cores. The enormous processing power of the device has enabled a key breakthrough in tap-length (the technical indicator of how complex the interpolation filter is). Rob Watts has eclipsed a lifetime goal of >1M taps (Hugo M Scaler has 1,015,808 WTA taps or coefficients) in the latest version of the WTA (Watts Transient Alignment) filter.

The ground-breaking figure of over 1M taps, first conceived by Watts back in 1981 to be, “essential for digital to sound good, as this allows 16-bit interpolation accuracy“, has enabled the development of sophisticated WTA filtering and upscaling algorithms allowing digital data to be output at up to 768kHz.

Perfect construction of the analogue waveform: an infinite tap-length filter

To perfectly reconstruct an analogue signal, an infinite tap-length filter is required. The original Chord Electronics DAC 64 (1999) had 1,024 taps; Hugo (2013) 26,000 and DAVE (2015) 164,000. Each successive increase in tap-length, together with continuous improvements to the WTA algorithm, has given significantly better sound quality. This ground-breaking tap-length capability enables CD-quality audio to be reproduced where the interpolated output is guaranteed to be better than 16 bits; conventional filters are no better than 2- or 3-bit-accurate in recovering transient timing information.

This technical milestone takes transient accuracy to a completely unprecedented level: it becomes simpler to perceive the leading edge of transient notes, creating a life-like sound-field. Bass definition is massively improved, with greater ability to follow the tune. Sound-staging, instrument separation and focus are also noticeably better, along with vastly improved variation in instrument

Like all Chord Electronics’ products, the Hugo M Scaler is designed, engineered and entirely made in the UK. It features a precision-milled chassis, crafted from aircraft-grade aluminium and comes with a three-year warranty.