In 2014, Chord Electronics introduced Hugo, a revolutionary portable DAC and headphone amp that became a landmark product in the audio landscape.

In 2014, Chord Electronics introduced Hugo, a revolutionary portable DAC and headphone amp that became a landmark product in the audio landscape. Advances in digital technology, including the latest FPGAs and WTA (Watts Transient Aligned) filters, have enabled Chord to introduce a next-generation version, Hugo 2, featuring flexible new features, plus next-generation technical and sonic performance.Hugo 2 can be used both at home and on-the-go, either with headphones or within a conventional audio system. Its line-level output and full-function remote control adds real flexibility in full-size and desktop systems. 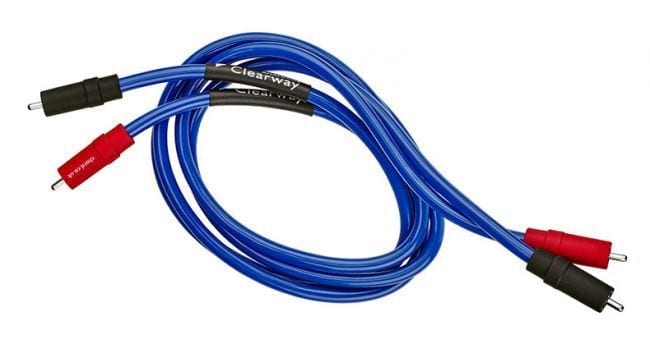 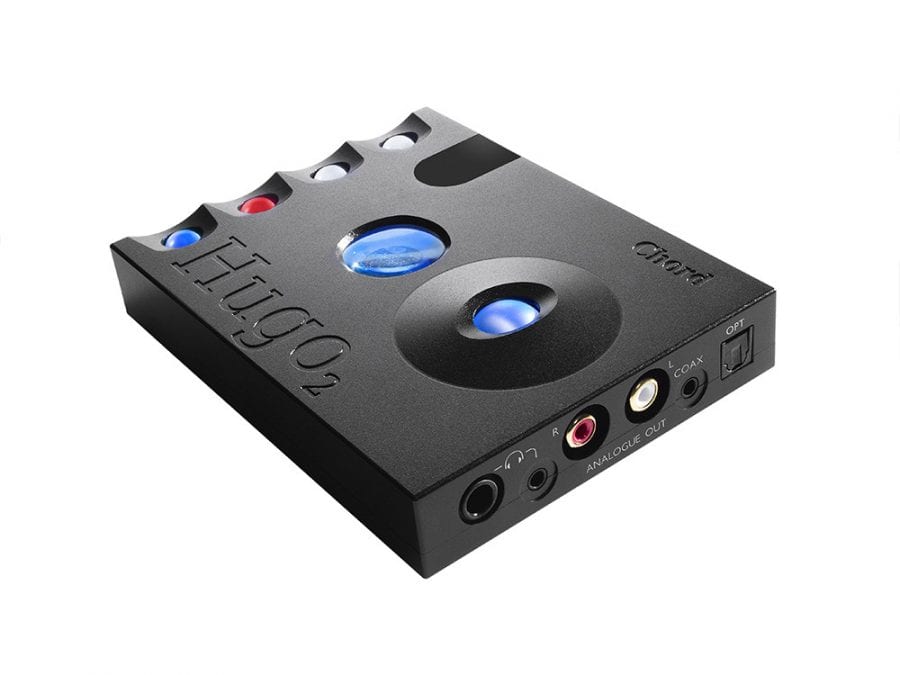 Featuring a newly designed precision-machined aircraft-grade aluminium case, Hugo 2 is distinct from its predecessor with its sharper, lower profile design and four spherical control buttons. The spheres, which are top-mounted to allow for possible future expansion side-modules, illuminate with colour-coding information and control power, input, filtering and crossfeed functions. The top-mounted volume-control sphere has been retained and made larger for more intuitive operation.The stylish new design and additional functionality has been introduced in anticipation of greater indoor use within both desktop and conventional home audio systems, despite Hugo 2’s obvious portability. The inclusion of a full-function remote control adds further flexibility and the practical line-level output mode of the original has also been retained.

The latest FPGA and advanced WTA (Watts Transient Aligned) filters have been implemented in the Hugo 2, bringing a wide variety of performance improvements in a number of areas. Performance gains have been made in timing accuracy, noise reduction, headphone amp power and dynamic range.

A four-function switch filter, operated by its own control sphere, offers a useful degree of user-selectable frequency-shaping, bringing warm and soft or transparent and incisive presentations, giving additional flexibility and user control.

For headphone-listening, Hugo 2 retains the popular digital crossfeed function of the original and offers three operation modes from its dedicated control sphere. The system cross-feeds a partial 400 millisecond-delayed and shaped signal from each left and right output to the opposite channel. The system duplicates the effect of listening to speakers and is based on advanced binaural audio research.

New digital DC servos have replaced the inline capacitors in the original output stages and reduce distortion further while improving the power-drive performance and capability of the output stage. An element of switch-on delay has resulted, but the performance benefits were felt to outweigh the disadvantage.

The Chord Electronics facebook page can be found here.