It arrived today and we’ve only had time for a quick play, so far, but I have to say that we are a wee bit impressed! And that is straight out of the box.

Maybe it’s just us, but there  always seems to be that little bit more fun to be had from Linn’s lower end components. As is the way with these things, Majik DSM is hugely well equipped to accept incoming data via ethernet, optical, HDMI or straightforward line-level analogue. It also has a phono stage so that you can play records straight into it.

Sited on our new Lateral Concert stand, and hooked up via inexpensive Linn LK20 cable to our trusty Falcon 3/5As in our smaller dem room, it sounds downright enticing. Certainly more dynamic and fun than we recall from the previous generation Majik. It also looks rather nifty with programmable short-cut buttons that will make a BMW driver feel right at home.

There is much more more playing to come but at the asking price of £2950, Majik DSM strikes us as offering solid value for money. I should mention that the Lateral stand is also rather impressive but we will have more about that, and some rather nifty interface devices from them, quite soon. 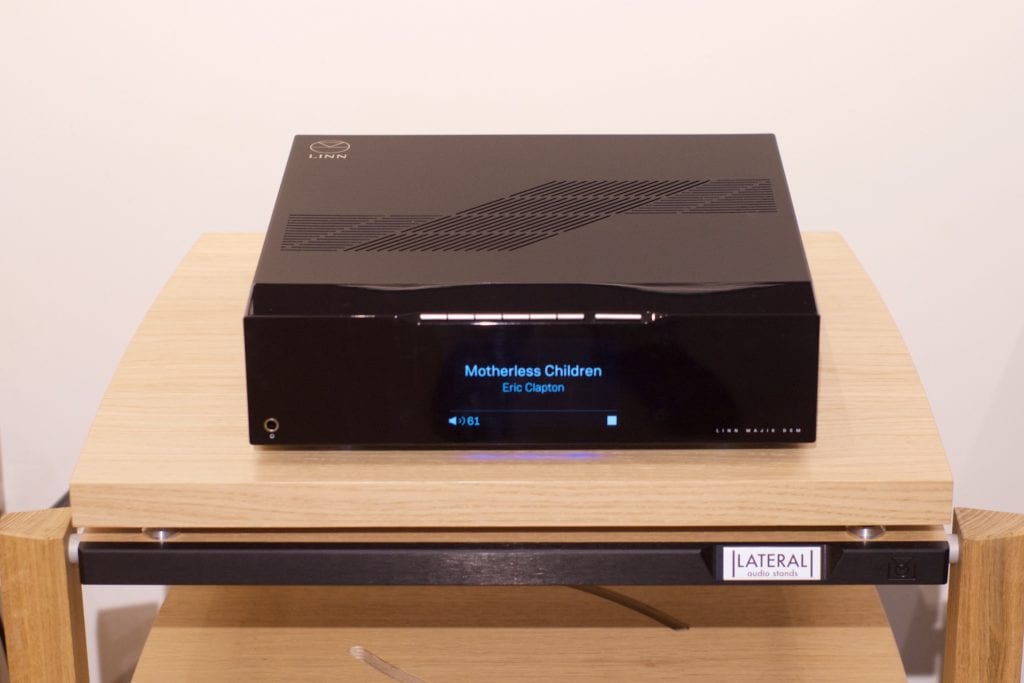 A week or so on, I should add that our enthusiasm is undimmed. We thought we really ought to put it against another Linn and, just to be cruel, used the far more expensive, Katalyst equipped, Selekt DSM. Foolishly, Majik was still on the Lateral Concert isolation shelf and the Selekt placed on an adjacent standard Lateral shelf.

Intriguingly, it took placing the Selekt onto the Concert shelf for it to fully and comprehensively become the better component. Linn would wince at hearing us say it, but what they stand on is very, very relevant.

The Lateral stands are used consistently in our smaller dem room and I even have one at home. I doubt that people have twigged that it’s one of the major reasons for systems sounding so good in there!